President Grybauskaité of Lithuania on official visit to Switzerland

Berne. On Tuesday, the President of the Swiss Confederation, Simonetta Sommaruga, received the President of Lithuania, Dalia Grybauskaité, for an official visit to Switzerland. The talks focused on bilateral relations and European policy (for Switzerland in particular on progress with implementing the article on immigration in the Federal Constitution), on the situation in Ukraine and the refugee crisis in Europe. Switzerland and Lithuania have friendly relations and have become increasingly close in recent years. 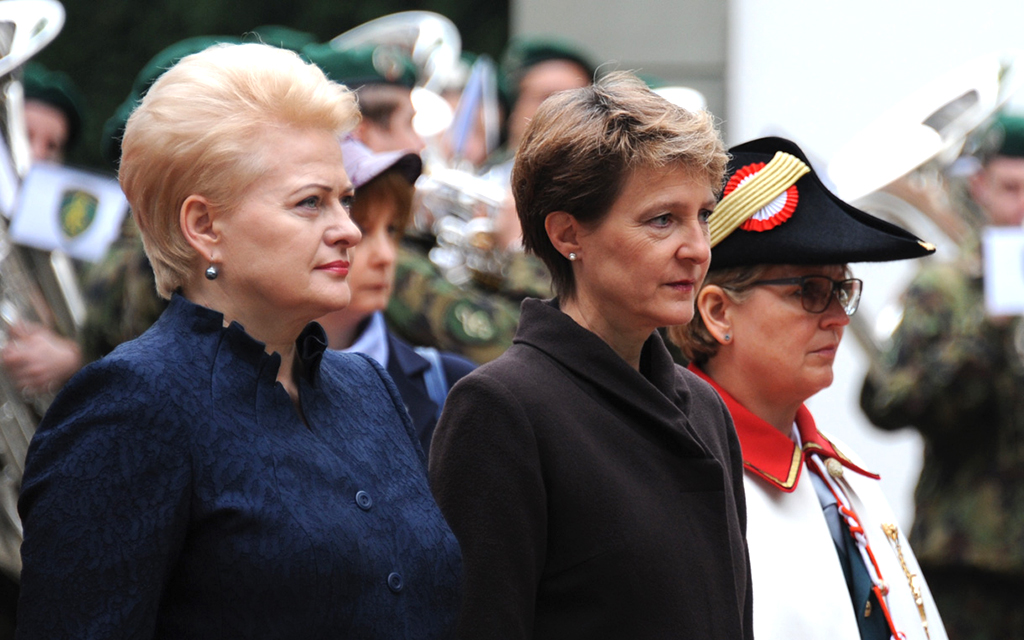 The official talks were held at Lohn Manor, where the Lithuanian president was received with military honours. The two sides also discussed challenges affecting them individually. In this context, President Sommaruga informed President Grybauskaité about progress on the current talks with the European Commission in Brussels on a solution to the issue of the free movement of persons. Lithuania supports this dialogue between the commission and Switzerland.

Regarding the challenges of the current refugee crisis, both sides stressed the fundamental objective of a collective European policy based on the principle of solidarity. President Sommaruga and President Grybauskaité agreed that there can be no national solutions: the EU programme for distributing people in need of protection is an important first step, but there are still open issues that must be clarified such as the registration of refugees in the country where they arrive.

The delegations also discussed the situation in Ukraine, which is crucially important for Lithuania owing to its close geographical proximity to Ukraine and Russia

During the talks on Tuesday both countries acknowledged and lauded the state of their bilateral relations, which have developed in recent years through cooperation within the framework of Switzerland’s contribution to EU enlargement. Switzerland’s contribution to Lithuania amounts to CHF 71 million and covers eight projects, including in particular one to improve healthcare for mothers and children. Switzerland is promoting further training for healthcare personnel and the modernisation of out-of-date infrastructure in several Lithuanian hospitals. Cooperation between the two countries in the areas of innovation and culture is already well developed. Economic relations have also expanded encouragingly in recent years.