President Sommaruga on a working visit to Poland

Berne. President Simonetta Sommaruga, today met the president and prime minister of Poland in Warsaw. President Bronisław Komorowski and Prime Minister Ewa Kopacz each received President Sommaruga in separate meetings. Their talks focused on bilateral relations between Switzerland and Poland and on the security issues faced by Europe as a whole. 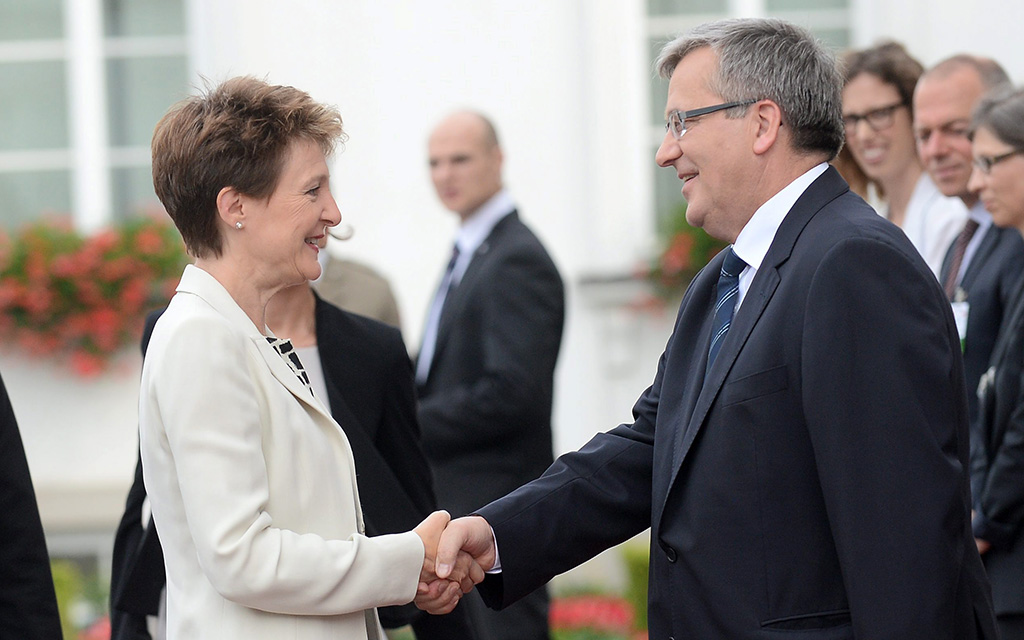 The discussion partners praised their excellent and dynamic bilateral relations, in recent years consolidated through several high-level Polish-Swiss encounters. President Sommaruga also explained the challenges that Switzerland currently faces in its relations with the EU. Ms Sommaruga outlined the status of current consultations between Switzerland and the EU regarding the implementation of the mass immigration initiative. President Komorowski and Prime Minister Kopacz expressed their concern over the consequences of the vote of 9 February 2014, describing the situation as difficult and challenging, especially as the principle of the free movement of persons is of central importance for European cohesion.

Prime Minister Kopacz stressed that Poland was aware of the economic importance of Switzerland for the EU. That is precisely why it is all the more important that the current phase of uncertainty be resolved so that clear relations between Switzerland and the EU can be restored. Poland therefore supports the agreed dialogue between the European Commission and Switzerland.

Lastly, the Ms Sommaruga declared Switzerland’s interest in closer cooperation with the Visegrad Group, the members of which are Poland, Hungary, Slovakia and the Czech Republic. Poland will be next to hold the presidency of the Visegrad Group, from mid-2016 to mid-2017.